Who qualifies to be your dependent when you file your Income Tax Return?

Who qualifies to be your dependent when you file 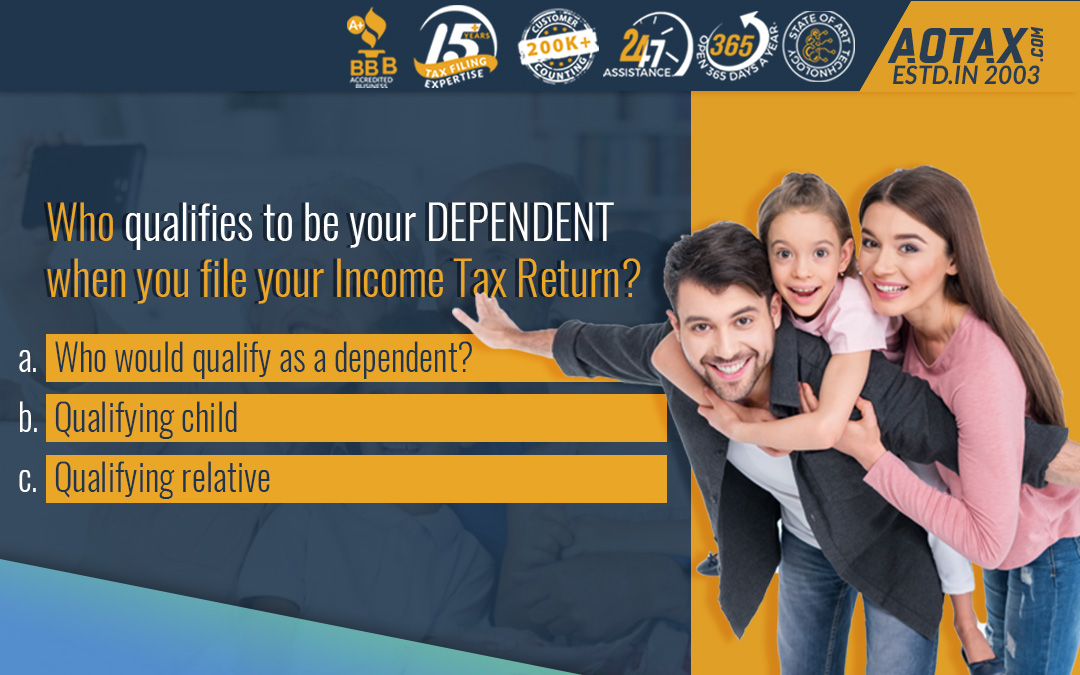 By claiming your dependents, you would be able to save a huge amount of taxes. So, if you have a family you must know how the dependents are defined by the IRS for income tax purposes. However, you may not completely aware of who in your family can qualify as your dependent or not.

Who would qualify as a dependent?

Mainly, there are two types of dependents i.e.

In both the conditions, the below-mentioned criteria must be fulfilled for qualifying to become dependent.

In case, you are supporting your parents or any other relative then certain conditions should be fulfilled to claim the dependency exemption.

So, the process of including qualified dependents for claiming tax exemptions is one of the best benefits which you can avail. By claiming these dependents, you can very easily avail several tax credits and deductions which would help in reducing your tax bills. Hence, you must understand carefully the qualifying criteria for claiming dependents failing which you would miss the opportunity of availing the benefit of low tax bills.