The top 10 myths busted for taxpayers 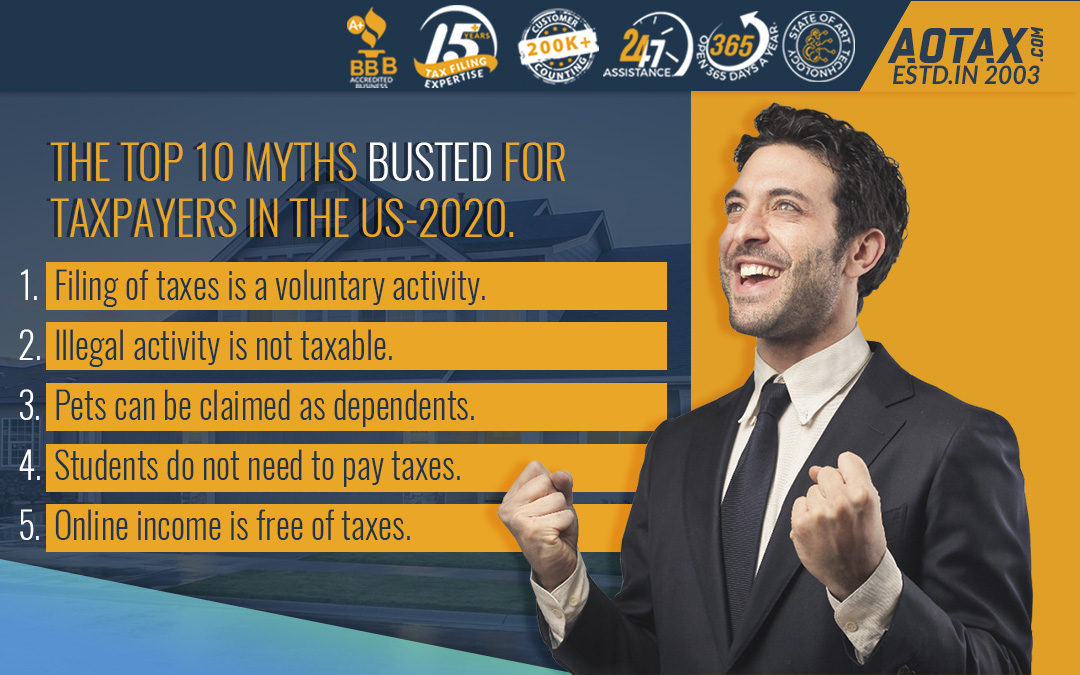 It is quite obvious that there are some common misconceptions among the taxpayers related to various facts related to taxes. Some taxpayers feel paying taxes is not necessary and can be avoided whereas certain tax deductions have been labeled as loopholes. Some taxpayers even follow the bad tax advice from others blindly and land up in troubles.

So, let us understand some of the major myths associated with the taxes in the US and debunk those myths to be better taxpayers.

Myth 1:- Filing of taxes is a voluntary activity.

Even if this can be considered as falsehood, there are a large number of people who believe in this. These people think that due to the Form 1040 instruction book, the tax system is voluntary and people are not legally liable to pay taxes.

Here the term voluntary means that every individual would find out how much tax they owe, but has no relations if the filling of taxes is done on time or not. Unless there is a legal dispute, it is a bad idea to think about such theories to contest with the IRS.

Myth 2:- Illegal activity is not taxable.

Even if performing illegal activities is wrong, it cannot be considered non-taxable. The income obtained from illegal activities is taxable. If the entire scenario is being considered from a tax perspective, then the IRS does not care whether income obtained is by robbing banks or by defrauding investors. When an individual is making money, the Government is entitled to receive its share. The person can be very good at covering the tracks but, if illegal income is made and on top of that tax cheating is done it is sure to be exposed.

Myth 3:- Pets can be claimed as dependents.

A person might love his pets up to any extent, but he cannot claim them as dependents. Pets indeed obtain half of their financial support from the masters; but, they are not humans. If a dependent is being claimed falsely, then it would be counted as a fraud and must be avoided.

Myth 4:- Students do not need to pay taxes.

It can be said that this myth is partially true. If a student is being claimed as a dependent of someone else who has an income less than $12,200, then he would not have to pay taxes. But, the students should file their taxes. If the student would have an employer who would be withholding money due to some purposes then the student can receive a refund.

This type of rumor might have started as those who are doing business online do not fill the Form W-9 and report their income to the IRS. But, the IRS does not consider income earned from online different from that of the income earned offline. Irrespective of the medium, if you are earning more than $400 you will have to declare the income on your tax returns. 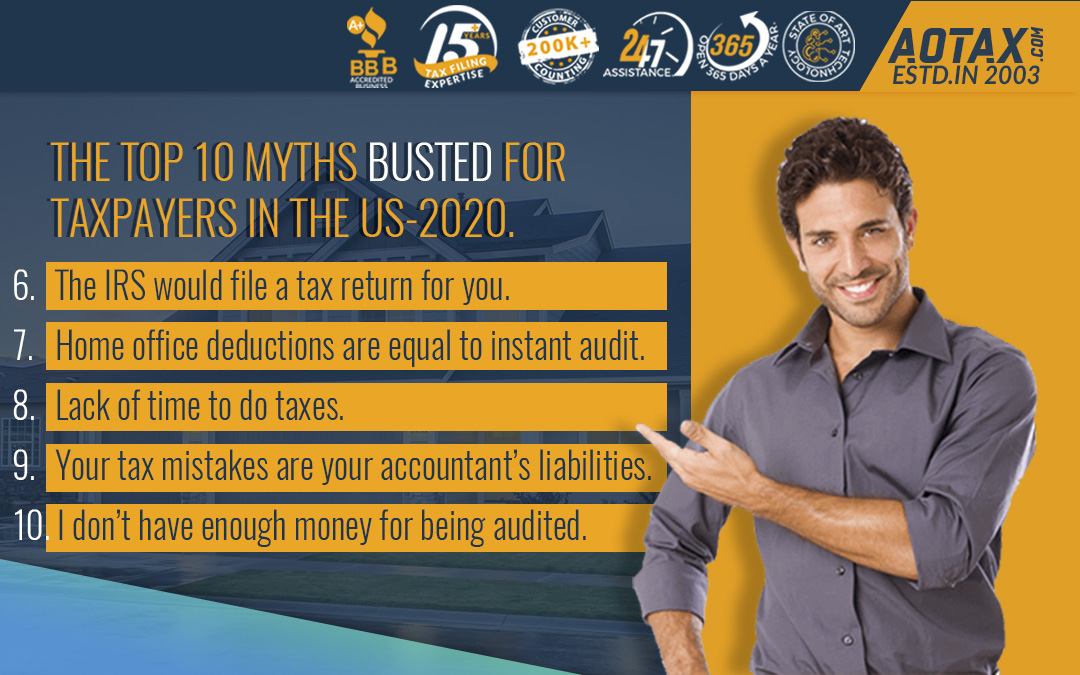 Myth 6:- The IRS would file a tax return for you.

There was a time when this myth was almost considered to be the truth. But, with home offices becoming quite prevalent this fact has become a myth now. Claiming a home office would increase the scrutiny but they are quite common and reduce the fear of claiming a legitimate deduction.

Since we have already covered the fact that taxes are not voluntary lack of time for not filing your taxes does not form a considerable factor anymore. There are several options available for making tax filing easier and lack of time cannot be considered anymore.

Myth 9:- Your tax mistakes are your accountant’s liabilities.

Even if you are hiring an accountant, the mistakes made in tax filing are your responsibilities ultimately. You should not assume that your accountant must have taken care of all details; rather you must double-check the details before the returns are filed.

Myth 10:- I don’t have enough money for being audited.

You might think that if your income is less you will not be audited by the IRS. However, your income has less connection with you being audited. Many other factors play an important role in your audits rather than your income. Even though the probability of being audited is more for those individuals who fall under the income bracket of $100k, still those falling below this bracket can also get audited. You must maintain a detailed record of any income which can be considered as questionable.