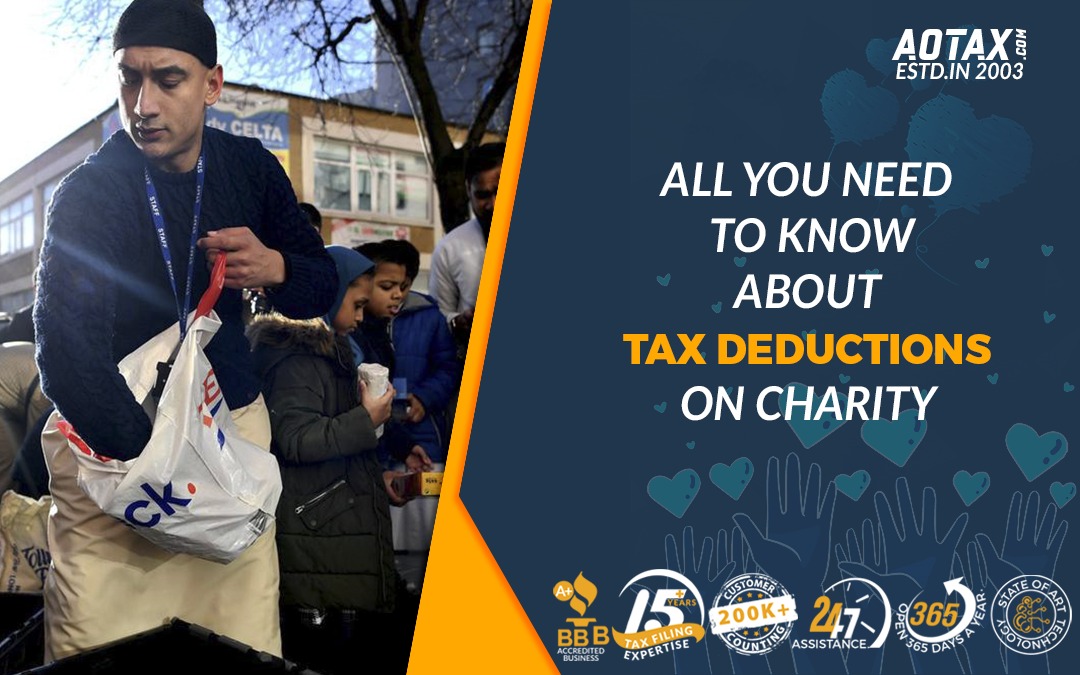 A lot of taxpayers plan to do charity by the end of the year or during the festival season. If you have any such plans, it is only natural to wonder how the new tax laws will have an impact on your donations or Tax Deductions on charity.

While donating to charities, it is essential to be cognizant of the organization that you are donating to. Since there are a lot of scammers who do not miss an opportunity to collect charity in the wake of a natural disaster.

Though there have been new tax laws, it doesn’t bring a lot of changes for charity. They are still tax-deductible. The new laws have made some changes to itemized deductions but with minor changes, charity remains tax-deductible. You can still contribute money towards charity or items as long as you itemize them.

The following are the two major changes for charitable deductions.

However, taxpayers filing jointly have a higher buffer of $24,400 and are more like to take the standard deduction instead of itemizing their deductions.Taxpayers who are close to the upgraded standard deduction limits can choose to contribute towards a charity of their choice during the festival season and claim it under Itemized deductions.

There are a couple of benefits of doing the same. For starters, you will be bringing a positive impact in someone’s life during the festive season and boost your tax refunds at the same time.

While both the options are still available, a taxpayer must do a quick assessment as to which method saves the most amount of taxes for them.