If your Holiday Bonus was also taxed? 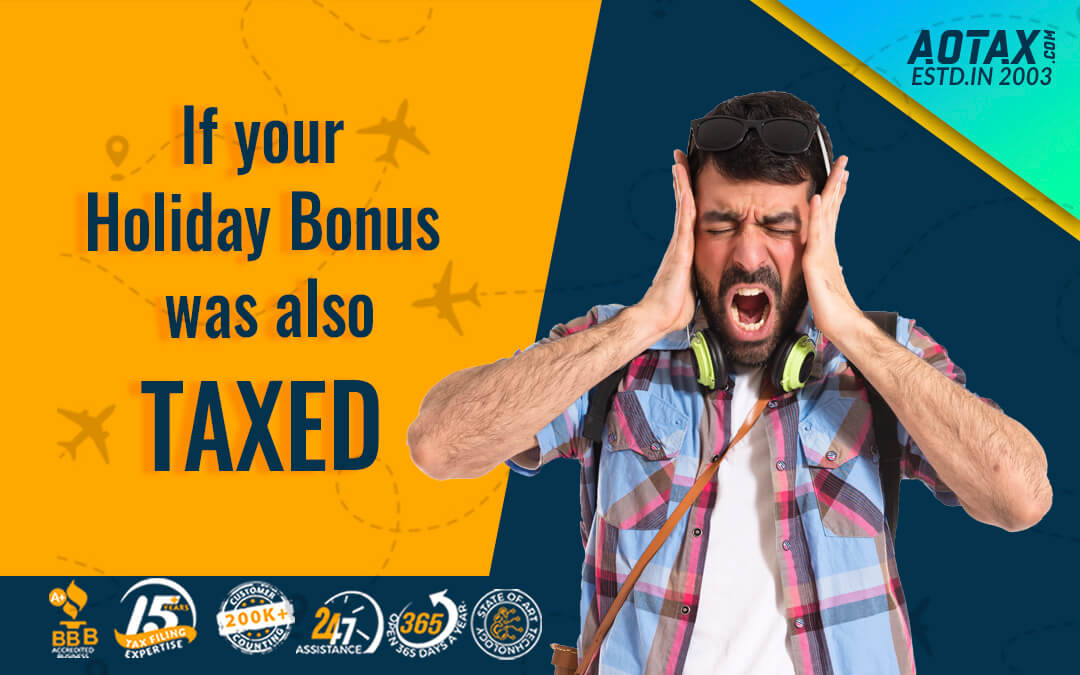 If your Holiday Bonus was also taxed?

December is the holiday season and the perfect time for giving gifts. It is the time when your employer might even plan about giving bonuses to you. This would reflect a sense of gratitude towards you for the good services you have provided across the year. When you come across the news that you would be receiving a bonus this holiday season, it’s obvious for you to make certain plans about how to spend your extra income you receive.

Now, let us have an idea on how and in which way the holiday bonus you receive would be taxed.

In the year 2020, you would have to pay Social Security tax on all the compensation you have received up to $137,700.However, if you have not reached up to that limit, and then your employer would deduct around 6.20% from the bonus you would obtain for the purpose of Social Security.

When you are receiving your bonus and it is an additional income for you, then the IRS would definitely withhold a flat percentage from your bonus.  Earlier, the federal income tax rate which would be withheld on the bonus was 25% which has been reduced to 22% now. Moreover, your employer can combine your salary and bonus and then withhold the taxes from the entire amount. This would be much higher than 22% but you should be assured that the money which has been withheld would not be lost. The tax rates on your bonus would be much higher than the actual tax rate levied on the total income you have earned. So, while filing your tax returns you would get back some of the amounts as your federal tax return.

You would be paying Medicare taxes on all the compensation that you have received and hence, another 1.45% would be deducted in the form of Medicare Tax.

Most of the states would impose Income Tax separately on the bonus that you have received. So, the State Income Tax would be withheld at the same rate as determined by the State Law.

In case, you have decided along with your employer to withhold a particular percentage from your salary as a contribution made towards your retirement plans such as a 401(k)plan or any other plan then it would be withheld from your supplemental income or bonus.

For example, if you and your employer have decided together on the withholding of 15% from your salary towards your retirement plan then 15% would be withheld from your bonus currently. So, this might be harder on your finances as of now but it will help in having a larger fund for your future after you retire.

So, now by adding all this resulting amount would be deducted together from your supplemental income/bonus.  However, you must keep in your mind that today you would be obtaining the bonus and you can even get some amount back in the form of a tax refund

Hence, if you are having some supplemental income in the form of a bonus then you are supposed to pay taxes on them.