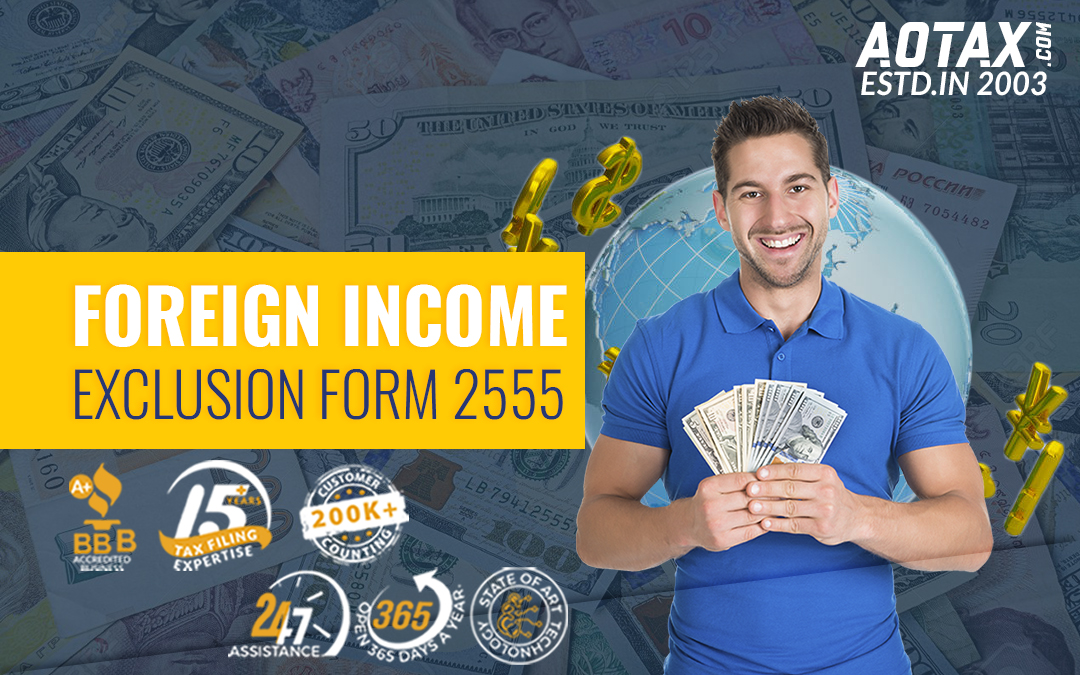 No, it’s not. There are various terms and conditions which must be fulfilled before you become eligible to avail the benefits of Foreign Income Exclusion. Let us understand what these conditions are –

Who is eligible for Foreign Income Exclusion?

US citizens and resident aliens would be deemed eligible for claiming a Foreign Income Exclusion if they satisfy all the following three criteria:

What is the amount of exclusion?

The maximum amount of exclusion is a dynamic figure which is adjusted for inflation every year. Currently, for the year 2016, the maximum allowable exclusion limit is $101, 300.

How to avail the exclusion?

The Foreign Income Exclusion can be earned if the individual files IRS Form 2555. Form 2555

This Form needs to be duly filled and filed with the IRS within the stipulated time along with Form 1040. For 2016, the latest date of filing is 17th April, 2017. Claiming tax deduction on foreign earned income lowers down the income taxable in US and is beneficial for US citizens and resident aliens. So, know the details of Form 2555 which lets you avail such exclusions and save your taxes.